XClutch driver Beau Yates has taken out the 2019 Hi-Tec Drifting Australia Allstars Series after winning Round 5 at Sydney Motorsport Park. Beau competes in a Toyota GT86 powered by a 2JZ engine producing over 500kw and has been running XClutch motorsport upgrades since he started drifting in 2007.

Beau is one of the most accomplished drivers in the Australian drift scene having started competing in a Toyota AE86 in 2007 before switching to his specially built Toyota GT86. Beau currently uses a XClutch 9" twin disc ceramic kit which has been developed to not only handle the significant torque produced by the 2JZ engine, but also the heat generated in drifting where the clutch is constantly used. The clutch was custom designed to suit a Samsonas sequential gearbox that is used in the vehicle.

Beau was joined at Sydney Motorsport Park for the final round by 3x Irish drift champion, Duane Mckeever, who is also an XClutch driver. Duane is well known around the world for his incredible car control and is one of the most highly accomplished drivers in Europe. Duane also uses an XClutch 9" twin ceramic motorsport upgrade in his 180SX competition car in Europe which is a popular upgrade for drift cars where performance and durability in harsh conditions are critical.

We are dedicated to finding you the ultimate clutch solution for your vehicle and performance goals.

XClutch was the only choice when it came to holding the massive torque generated by our ROH 86 Project Car (Australia's fastest road legal WTAC 86) with 300rwkW, we needed a clutch to hold the torque on track, but also friendly under foot for daily driving.

I've been using XClutch brakes and flywheels in all of my street and competition cars since the late 90's! For the ultimate in performance, reliability and awesome customer service, I choose XClutch

The technical knowledge and service I received from the team at Australian Clutch was outstanding.

They assessed my needs and recommended the perfect XClutch triple plate clutch combination for my 400kw Sports Sedan.

My car is very driveable through the pits and performs perfectly on track!

“We have run an Xtreme multi plate clutch in our R34 GTR time attack car since day one and they have never let us down! “ 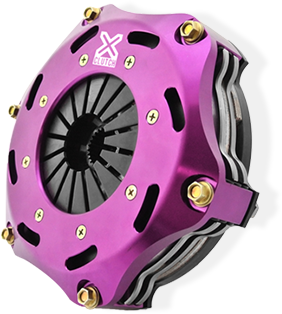 Performance clutch kits for the street, track and off-road

Keep updated with the latest news from XClutch with our newsletter